Curse of the Undead Dragon King (Skeleton Key) is now available for PRE-ORDER!!!! 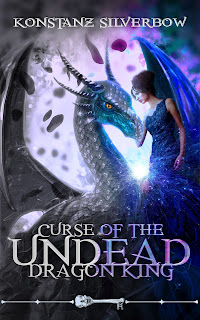 Skeleton Key Book Series
One Skeleton Key. Endless Adventures.
https://skeletonkeybookseries.com
A curse so powerful, not even true love’s kiss can break it.

Posted by Konstanz Silverbow at 12:48 PM