F is for Fort Kanosh by Kurt Kammeyer + A GIVEAWAY!! 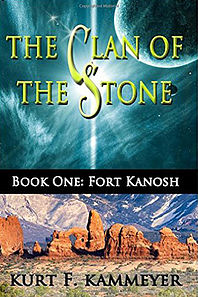 Does history repeat itself on other planets?

It is the Sixth Eon on the planet Edom. Benjamin ben Jacob is a Believer who lives with his parents at Fort Kanosh in the land of Deshret. At the age of thirteen, Ben becomes a Kohan and receives his own personal Believer name-stone. When he meets Elizabeth, an Outsider, they discover that the stone makes them telepathic, and they are able to communicate with each other through their thoughts.

When Ben has the opportunity to meet Asaph the Seer, who opened the Sixth Eon for the Believers, Ben learns that he and Elizabeth have a very special mission to perform.
As Ben’s consciousness gradually merges with Elizabeth’s, they become inseparable—until Ben decides to attend the Deshret Academy in far-off Salem. Heartbroken, Elizabeth abandons Fort Kanosh as well. Will she and Ben ever be reconciled so they can accomplish the mission the Seer gave them?

* Amazon *  Sign-up to receive a free copy in trade for your HONEST review!! * 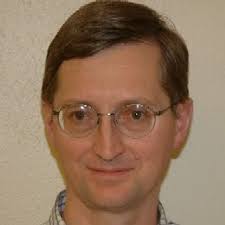 Kurt Kammeyer was born and raised in Seattle, Washington. His mother, Virginia Maughan Kammeyer, was an English teacher, poet, and author of many short stories, hymns, and books.


Kurt's career has been in the aerospace software industry. He’s the author of eleven books and three short stories. Kurt spent fifteen years honing his writing skills on The President Elect, a three-volume counterfactual account of what might have happened if Joseph Smith had survived Carthage Jail and gone on to run for president of the United States.


Kurt speaks French and has studied Hebrew, Russian, Icelandic, and Hindi as background for his series of otherworld books, The Clan of the Stone. He has always had an interest in science fiction, astronomy, and space travel. Kurt lives with his wife and family and a dog in beautiful Colorado Springs, Colorado. Fort Kanosh is his first book with Trifecta. You can learn more about Kurt on his website.