The Sapphire Flute is FREE! 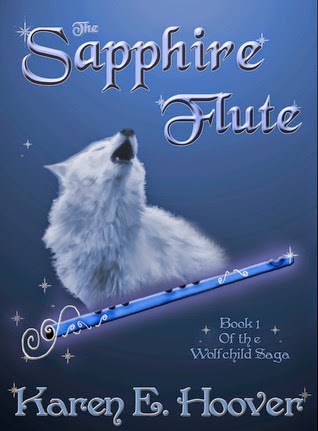 Rasann is a world in dire need. The net of magic that has held her together for eons is eroding and the magi can’t patch it fast enough to prevent disaster. Volcanoes spew, waters rise, famine and flood and desolation threaten the world as they desperately await the coming of the Wolfchild to heal their home.

Three women begin quests for identity and freedom from the ties that have held them: Ember, from her overbearing and prejudice mother; Kayla, from the rigidity of the caste that has oppressed her family; C’Tan, from her dark and evil master, the Guardian S’Kotos. One will discover she is the first white mage born in three millennia, another will become guardian to the a keystone, the sapphire flute, and throughout it all the third will try to destroy them both.

The original beginning of Only Half Alive

This is the original beginning to Only Half Alive. Sadly it was unusable in the final version but I still love it to death!

Please know it is completely unedited!

All rights reserved. No part of this publication may be reproduced, distributed, stored in a retrieval system, or transmitted in any form or by any means without prior written permission from the author, except in the case of brief quotations embodied in critical articles and reviews.

The characters and events portrayed in this book are fictitious. Any similarity to a real person, living or dead, is coincidental and not intended by the author.

Email ThisBlogThis!Share to TwitterShare to FacebookShare to Pinterest
Labels: deleted scene, Only Half Alive, Original opening

You're all invited to the Newtimber: Fractured RELEASE PARTY on Facebook!

You're all invited to the party!! Come celebrate the release of Fractured by Karen E. Hoover!

Did I mention all giveaways will be open internationally?

Don't forget to invite your friends. The more people who come, the more prizes we'll give away!

If you are an author or blogger looking for more exposure/advertising and are willing to donate prize(s) to the party, comment here with your contact information, send me a PM on Facebook, or e-mail me.

The Princess and the Prom Queen by Jaclyn Weist ~ Blog Tour Sign Ups! 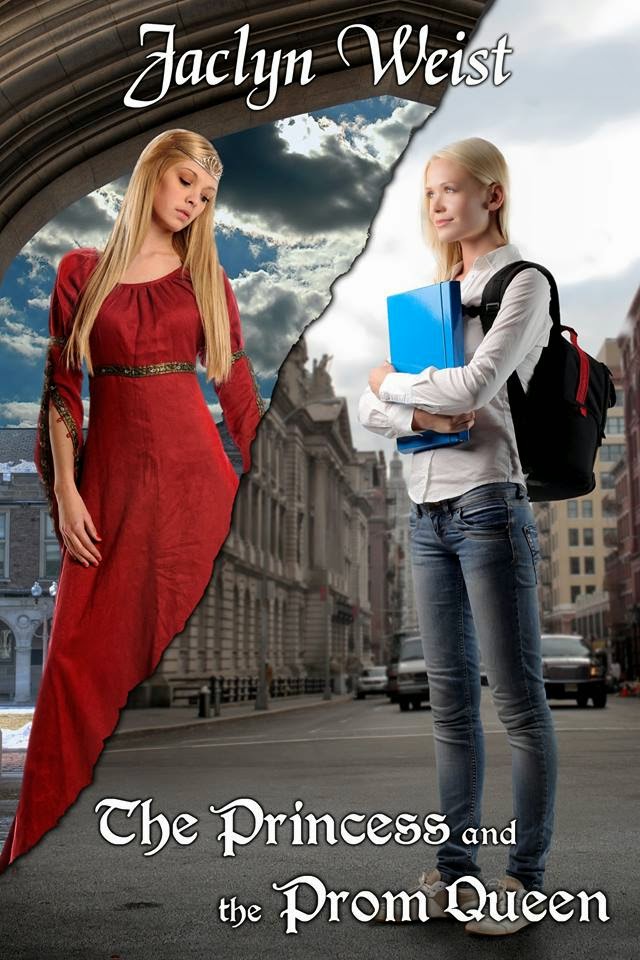 Jenny’s had it with her life. Six siblings in an overstuffed house are enough to drive anyone crazy, and sometimes she dreams of escaping to some fantasy world. When she suddenly wakes up to find herself being kissed by a strange—but very handsome—prince, Jenny knows her life just got a lot more exciting. Now stuck in a medieval land of castles and royalty, when Jenny learns that the queen has agreed to marry her off to the prince, it’s time to take matters into her own hands. She goes on a quest to find out who dragged her to this time while trying to keep from falling in love with either of the boys vying for her attention.

Princess Genevieve has only known life under her mother’s rule. She wants to do more than go to battle or deal with suitors. She wakes to find herself in a new world filled with gadgets, electricity, and moving carriages. She finally has the freedom to be who she wants to be with a family who cares deeply for her and a boy worth any sacrifice. It’s more than everything she always wanted.

As Jenny and Genevieve settle into their new lives, they face an unknown evil which threatens everything they care about and makes them face tough questions—like who they are and what they really want their lives to become.

Posted by Konstanz Silverbow at 12:01 AM No comments: 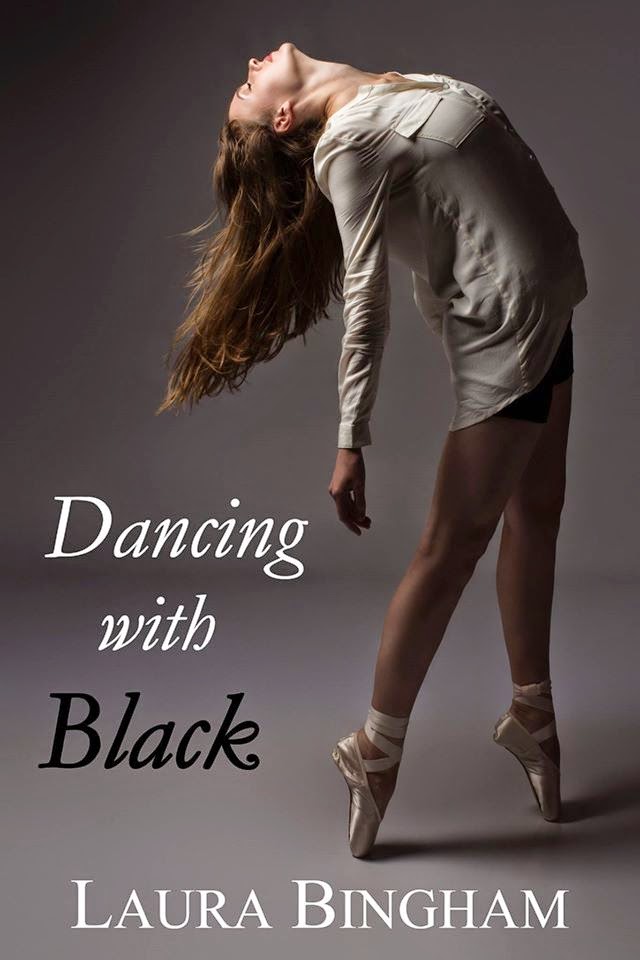 Dancing is Cami's escape from her dark home life. It's the only thing that gives her hope - until she meets Adam Black. A talented dancer in his own right, he asks Cami to be his partner, and she gains strength and confidence as he unlocks whole new possibilities for her.

When Cami's abusive mother overdoses and her already-broken family falls to pieces around her, dancing with Adam helps Cami pull through. But he has secrets of his own, and someone wants him found at any price. Cami gets dragged into a web of danger and deceit. Now she must make a choice between familiar darkness and uncertain light.


Posted by Konstanz Silverbow at 9:43 AM No comments:

Spread The Cheer ~ Giving you a reason to smile!

Recently I had a giveaway on my Facebook page. To enter you had to nominate someone who needed a pick-me-up! There were so many heart breaking entries. So many people needing a reason to smile in their hard times!

As I went through each entry I couldn't help but want to help everyone! And there was my light bulb moment! And so, though I won't be able to do it all at once, I have created a form just for that!

If you know someone in need, if you need some good news or a reason to smile, please take a moment and fill the form out! <3 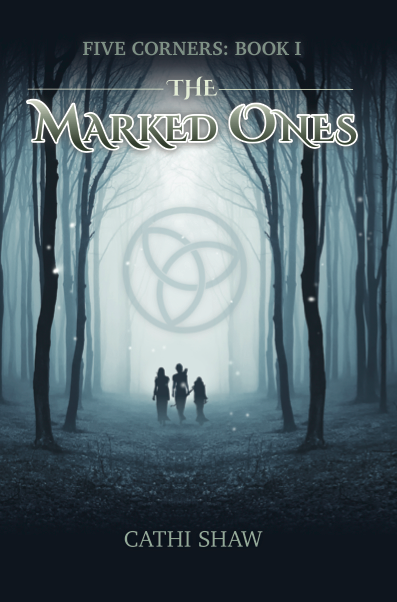 Growing up in a sleepy village untouched by distant wars and political conflicts, it was easy for Thia, Mina and Kiara to forget such horrors existed in the Five Corners. That is until the dead child is found; a child that bears the same strange birthmark that all three sisters possess. A Mark their mother had always told them was unique to the girls. Kiara's suspicions grow as their Inn is soon overrun with outsiders from all walks of life. Strangers, soldiers and Elders who all seem to know more about what is happening than the girls do. After Mina barely survives an attack in the forest, the sisters are faced with a shattering secret their mother has kept from them for years. As danger closes in around them, the sisters are forced from their home and must put their trust in the hands of strangers. With more questions than answers, Kiara finds herself separated from everyone she loves and reliant on an Outlander who has spent too much time in army. She doesn't trust Caedmon but she needs him if she has any hope of being reunited with her sisters and learning what the Mark might mean. 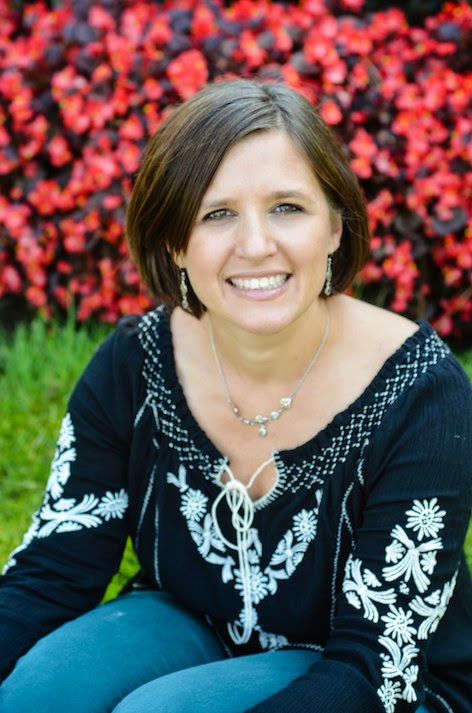 Cathi Shaw lives in Summerland, BC with her husband and three children.  She is often found wandering around her home, muttering in a seemingly incoherent manner, particularly when her characters have embarked on new adventure. In addition to writing fiction, she teaches rhetoric and professional writing in the Department of Communications at Okanagan College and is the co-author of the textbook Writing Today.

a Rafflecopter giveaway
Posted by Konstanz Silverbow at 12:01 AM No comments:

Sticks and Stones may break my bones but your words can't ever hurt me . . . unless they're in the form of a book review!

September 2013 I published my first book, Only Half Alive. I was so ecstatic to send this book into the world (and stressed, but that's beside the point). I hit publish and then I proceeded to refresh Amazon every 2.5 seconds to ensure I didn't miss it when the book actually went live.

After the book went live, I didn't stop refreshing. I was going crazy waiting for the reviews to come in. Literally, I was consumed with this idea that I was going to get a hundred five star reviews that first day! Oh how silly I was!

Reviews did start coming in. Slowly, they trickled onto Amazon. A few were good, a few were bad, some were great, and some made me want to quit writing. But despite the bad reviews getting me down, I KEPT CHECKING them! Why? Why did I keep reading them?!

But no, it gets worse! As if the bad reviews on Amazon weren't enough, I made the very terrible decision to look at the reviews on Goodreads. To say I was upset was is an understatement. I cried. For days! I just couldn't understand how people could be so mean. Sure, the book has some mistakes! It isn't perfect, but to rip it apart in such a horrifying manner? Would I ever be able to write again?

And it has been wonderful! My own worst critic is myself so why would I torture it further by allowing a strangers opinion to tear me down? And you know what else happened? I learned! Though harsh, some of the reviews were quite helpful in pin pointing exactly why they didn't like it. What made them give it a bad review. And I have learned from those mistakes because some of the complaints, were actual things that should have been *avoided/fixed in the first place.

*Some people have asked me if I ever plan on re-releasing the book so I can fix the errors and to this my answer is a **definite no. Not because it can't be done. But because I don't believe in hiding my mistakes. I made them, I learned from them, and now I have moved on.

**By definite no I mean, not any time soon. Hopefully, eventually, I will go back through and at least edit the book and re-upload it. 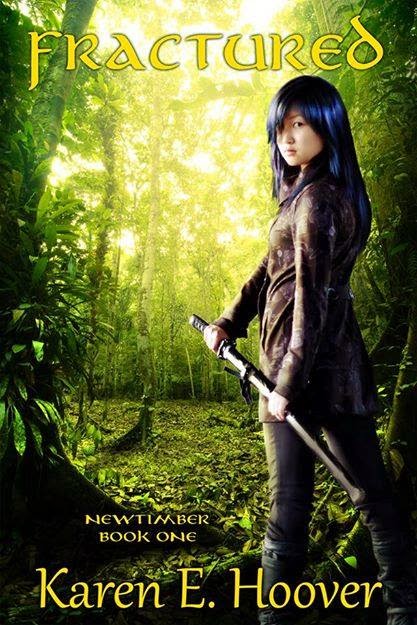 There was absolutely no way a black dragon hovered outside of Newtimber. Sianna rubbed her eyes, but the dragon was still there, clutching a round object that looked like a spotted egg. And then the egg fell, hitting the ground like an atomic bomb, sending out waves of a slow-moving fog that distorted everything it touched.

The citizens of Newtimber change. The old man down the street stretches into a screaming tree. Sianna’s skateboarding friend, Matt, transforms into a giant green dragon. Pegasus. Sirens. Griffins. Vampires. Zombies. Creatures from the myths of every culture come to life through the people.
Even Sianna changes, her skin becoming stone hard, and she gains the ability to travel from the human realm into the dimension of the fae, using it to free her father from prison and enlist his aid in battling the evil bent on taking over the world.

One person to heal a family, a town, and save the world. It seems an impossible task, but with the help of her new friends, it could happen.


Posted by Konstanz Silverbow at 1:06 PM No comments: