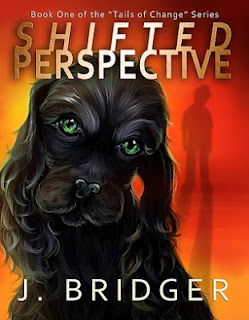 Caleb Byrne is a bright high school senior who has enough to deal with between college choices, taking care of his single dad, and dealing with his headstrong girlfriend Joanna and an eccentric set of cousins in California. He was managing to get by until the day he woke up a Cocker Spaniel. Even if it only happens monthly and is more embarrassing than painful, the so-called ability is something that he's anxious to be rid of.
He didn't realize his transformations would drag him into a hidden society of canine and lupine shape shifters as well as a family legacy he hates. To make matters worse, after moving to Los Angeles to learn more about his heritage from his Aunt Moira and his cousin Kalista, Caleb now struggles through life-and-death matters. He keeps angering the werewolves in charge of the shifter world, especially Kalista's boyfriend Peter, the Southern California alpha's son, who also happens to be grade-A sociopath. Worse, Caleb's floundering to keep his secret from Joanna.
While his family offers him some support, they may not be enough as Caleb realizes that the rules in shifter society---number one is supposed to be don't kill humans---are not so ironclad. Some werewolf out there is leaving a blood-soaked trail across the Midwest and it might just be with the alpha's blessing...

I'm stuck in the middle with this book.  It isn't my favorite book but it definitely is a good one.  Strange things begin happening to Caleb, forcing him to give up the girl of his dreams along with his dream college.   Right from the beginning you can't help but wonder how everything is going to work out.

The book does go slow for a while. And I found that there were some points in the story where Caleb sounded more like 14 rather than 17 years old.    But it is a fun quick read.  I love the adventures Caleb is forced into upon founding out what he is.   My eyes were glued to the page from the beginning of the book.  But let me just say, when you read the last line of the book, you will be rushing to find out when the second book comes out.   I know I did and I can't wait to read the next book in the series!

I once again find myself pleasantly surprised to find that this book was NOT full of the usual cliches.