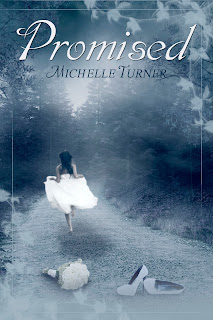 Linc knows Wyn is the girl for him.Wyn knows Linc is the boy for her.But she’s promised to another.

Lincoln “Linc” Tatman had been at his new school for months and he thought he’d met all the girls it had to offer. Until one day, he spied Wyn sitting against a tree and realized this new place had been hiding the girl of his dreams. He goes out of his way to get to know her, even though he’s warned that it’s a hopeless case. But he’s determined to win her, even if she can only be his for a short time.

Arwyn “Wyn” Scott is the black sheep of her big gypsy family. When most of the girls her age are dropping out to start their own families, she begs her parents to stay. She doesn’t fit in with the gypsy teens and the regular teens are too afraid of her five older brothers to get close. Then Linc comes into her life, showing her a new life she never thought she could have. She can’t stop herself from falling head first for the boy.

Wyn leave behind her family and their traditions to follow her heart, or will  she become a young gypsy wife? 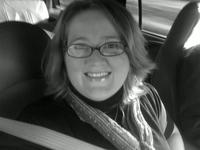 Michelle is a 28 year old native Ohioan. Go Buckeyes! Who now lives with her husband and son in West Virginia. When she isn't spending time with her family you can find her with her nose stuck in a good book. She released her first book (Reviving Bloom) as an independent author in October 2012 and plans to release two new books (Promised & Enlightening Bloom) in 2013.

“Linc, there are things in my life that you can’t understand and this,” She waves  her hand back and forth between the two of us, “will never be able to work out.”

“You can’t know that. You’re not even giving us a chance.” I cross my arms.

She throws up her arms, “You want to know how this will go if I give in?”

“Yeah, since apparently you’re a psychic, tell me how this will go, Wyn.”

“Say my family doesn’t find out, which is highly unlikely. And say if they do find  out and they don’t hurt you. And Linc, those are two huge obstacles to overcome  right off the bat. Well, say we overcome those, then what?” She runs her hands  through her hair before she continues, “We’ll spend a few weeks, a few months it  we’re lucky, together. But it won’t last after that, Linc. It’ll be over and we’ll be left with what? Nothing.”

“You’re wrong, Wyn. We’ll have the memories and I’d rather have those than  nothing.” I want to reach out and grab her. I want to hold her in my arms but I  know she has boundaries that I’m not use to and I can’t cross them. I’m afraid to even hold her hand, that it might cross some unseen line.

“I’m not sure I can handle the memories. Because if you give me everything  I think you can and things turn out the way I know they will, I won’t be able to  handle them. Knowing I had you and I had to let you go. I can’t do that, Linc.” There’s a quiver in her voice and I have to shove my hands in my pockets to keep from reaching out for her.

“The only way I’m going anywhere is if you decide you don’t want me around.” I promise her.

“It won’t be me who pushes you away.”

“I’m promised, Linc.” As the words leave her lips, I watch the tears begin to escape her eyes.

“Explain please.” I have a feeling I know what it means but I need to hear it aloud.

“My Dad informed me last night that someone expressed interest in my hand.  He’s going to accept the proposal.” She’s watching my face as she finishes, “I’m going to be married.”