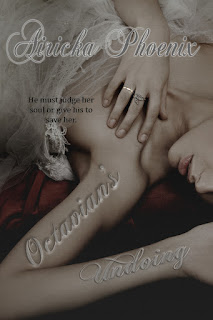 No good deed goes unpunished.
Riley Masters learns this the hard way when she finds a wallet and decides to do the right thing.
But returning it will cost her much more than she bargains for.

Abandoned by her mother, raised by an indifferent father, Riley has accepted the fact that she
would be alone always. She has no idea that a single act of kindness would propel her into a
world where creatures that shouldn’t exist guard the human race from the demons that lurk in the
shadows. That it will cost her the lives of those she loves while unearthing a destiny she never
imagined with a man who is forbidden to love her. She finds passion, romance and the family
she’d been searching for her entire life, but at what cost and what is she willing to sacrifice to
find answers and happiness?

Octavian Maxwell has always known his place. He is a Caster, a Son of Judgment. His job is to
protect the mortal world from the creatures plotting to destroy it. Instead, his world is shattered
when a human girl walks into Final Judgment, a girl he has been searching for his entire life, a
girl he is forbidden to ever touch. Being with her will break the oath he’s sworn to never love a
mortal. But his heart has already found its mate and it refuses to let go.

Final Judgment… a place undetected, a gateway to a evil and a legend that will undo everything
anyone has ever known about our world. 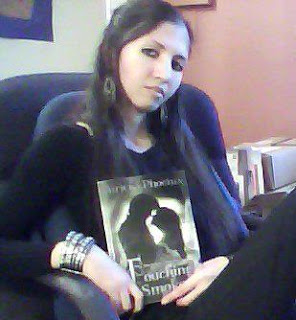 Airicka Phoenix is the best-selling author of The Touch Saga, The Dare Trilogy and Games of Fire with short stories in Whispered Beginnings: A Clever Fiction Anthology and Midnight Surrender Anthology. When she's not hammering away at the keyboard, she can be found banishing pirates or crawling through the attic looking for lost treasure with her kids. She loves baking, gardening and reading. She also likes to travel and take pictures of everything she comes across. When asked, Airicka describes herself as a sarcastic basket case that has an unhealthy addiction to chocolate, old movies and really bad jokes. She loves to laugh, make friends and
write. If she could have one wish granted, it would be to spend one day as a fly-on-the-wall inside Stephen King's mind. If she could have two wishes granted, she would ask for a castle dedicated entirely to her overwhelming collection of books.