Twelve Books for Christmas: Day Four ~ Christmas on the corner by Andrew Leon 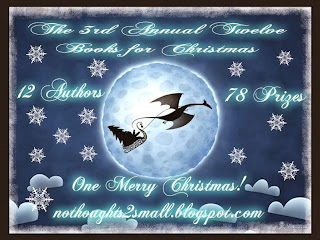 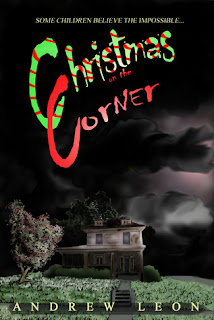 It's been a hard adjustment for the Howard children, moving to Louisiana. Finding out that one of them is the Guardian, one of them is a wizard, and that one of them... is angry, because he doesn't posses the same talents and gifts as his siblings. In revenge, he tells his sister that there is no Santa Claus, but in a house where anything you can imagine can become real, it turns out to have unexpected results. The author has often been told that he does things the wrong way. For instance, he could walk before he could crawl. His parents were also informed that he went about reading the wrong way. Already reading before kindergarten, he went on to delve into texts about dinosaurs and astronomy by 1st grade as opposed to the regular story books everyone else was reading. At least one school counselor labeled him as "delayed" because of this. Of course, this happened at the same time he was winning the school reading contest.After years of wanting to, he's finally writing books of his own.

Konstanz: What is your favorite thing about Christmas?

Konstanz: If you were to give your Main Character a Christmas present, what would it be?

Andrew: They get Christmas presents in the novella, so you'll just have to read it to find out what they are.

Konstanz: Do you prefer to be surrounded by Snow or Sun on Christmas?

Andrew: Having only ever had one white Christmas, I would choose snow.

Konstanz: What is the craziest, funnest, best, or worst present you've ever received for Christmas?

Andrew: When I was five, I got a big dinosaur play set with dozens of plastic dinosaurs. I still have it. Or, well, my kids do.

Konstanz: What is your favorite Christmas food?

Andrew: Peppermint, although I don't think of it, really, as a Christmas food.

Konstanz: What do you want most of all for Christmas this year?

~ Giveaway ~
a Rafflecopter giveaway
Posted by Konstanz Silverbow at 12:01 AM