Charlie Sullivan and the Monster Hunters: Council of the Hunters (Book 3) COVER REVEAL! 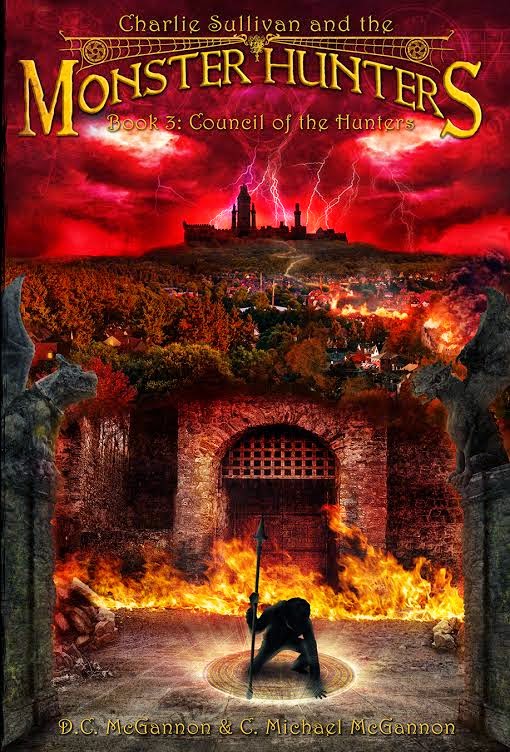 Synopsis
A new school year brings fresh beginnings. At least that’s what the Monster Hunters of Hunter’s Grove are hoping for. After facing down dark magic and vengeful gods in the portal village of Drakauragh, Charlie Sullivan and his band of unlikely friends look forward to a quiet, fun—and most importantly normal—first year of High School.
More than hope is needed however, as sinister activity is haunting the shadows of their once sleepy little town again.
With news of Chen’s disappearance, and an unseen force that threatens to break the protective wards surrounding Hunter’s Key, tensions quickly rise once more for Charlie Sullivan and his friends.
The five teenagers’ credibility is called into question by an elder hunter, forcing them to defend their reputations in a dangerous game where they can trust very few. Now, the reticent Council of the Hunters will convene to decide their fate as Monster Hunters.
A shocking betrayal, disquieting new figures in their own society, a corrupted nemesis, and a cloud of deception hovering over their elders all weigh heavy on the team. The Monster Hunters of Hunter’s Grove could be shut down before they have a chance to stand against the demonic shadow that threatens their bonds of friendship, loyalty, and the safety of those close to them.
Something, or someone, is tearing at the veil between our world and the Otherworld, promising to unleash Hell and prepare the way for what hunters throughout the centuries have feared would one day happen…the rise of the Ancients.

D.C. McGannon pretends to be a ninja sometimes and two of his biggest fans, his sons
Michael and Nathaniel, play along with him to make him feel better about it when he does. His other biggest fan (his wife, Holly) usually nods her head in restrained agreement, walks away, and hopes nobody gets hurt. Mr. McGannon is the author of the Charlie Sullivan and the Monster Hunters series with his son, C. Michael McGannon. He is also at times a pirate, an alien, or simply the one who retrieves the Frisbee from the far side of the yard. D.C. lives with his family and their little Maltese dog somewhere in the Midwest, and is partial to coffee, video games, and coffee. 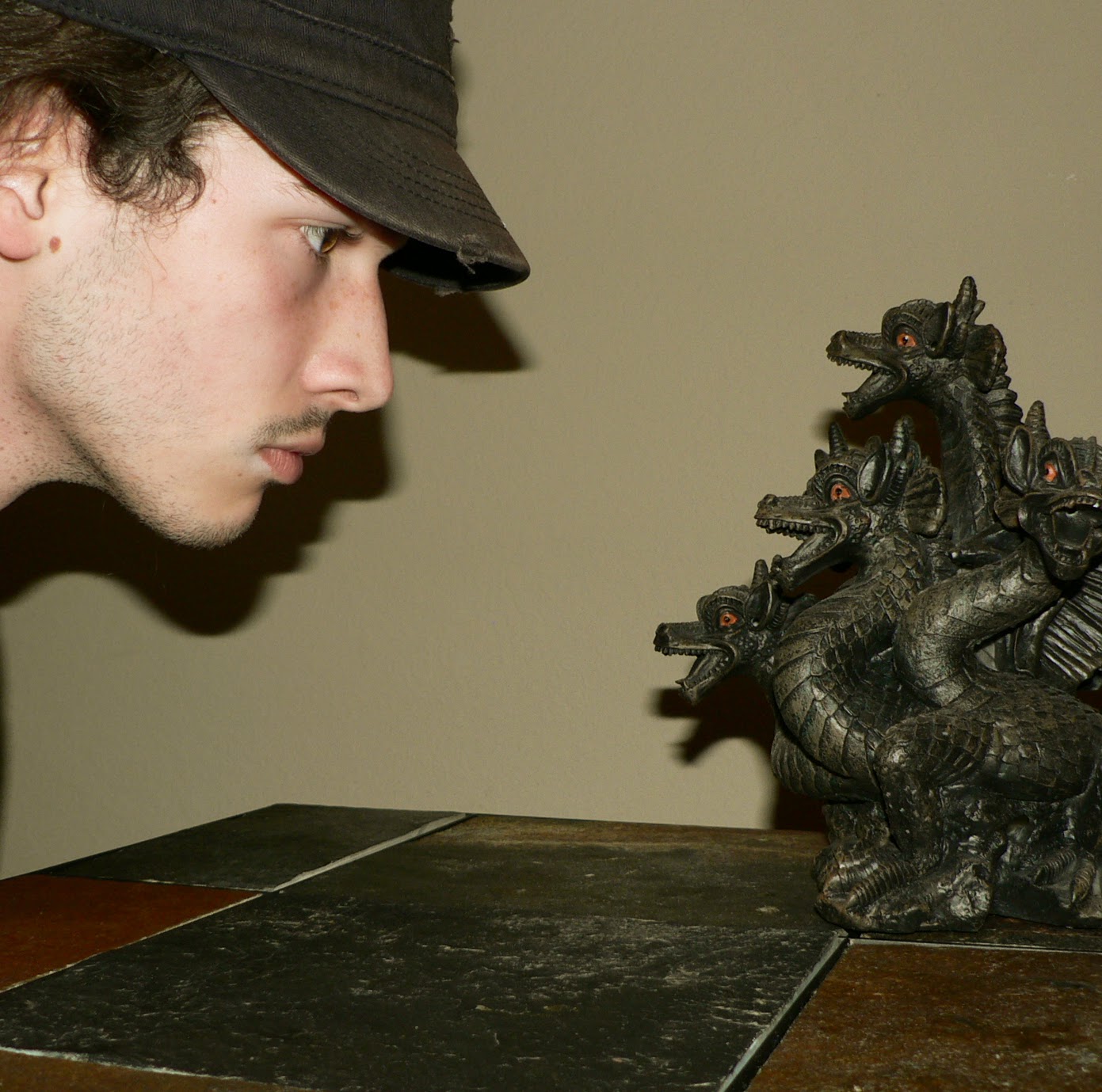 C. Michael McGannon is a fan. Of stories, of libraries, of books, of Japanese and British humor, of chocolate, and of Root Beer. Mr. McGannon is the coauthor of the Charlie Sullivan and the Monster Hunter series with his father, DC McGannon. He enjoys gaming, a good book, teaching his little brother Japanese, and grilled-cheese sandwiches. Especially grilled-cheese sandwiches.
Author Links:
Facebook.com/DCMcGannon
twitter.com/DCMcGannon
Facebook.com/CMichaelMcGannon
twitter.com/MichaelMcGannon
www.MonsterHunters-TheBook.com
www.DCMcGannon.com
offmyonion.tumblr.com
Posted by Konstanz Silverbow at 8:12 AM