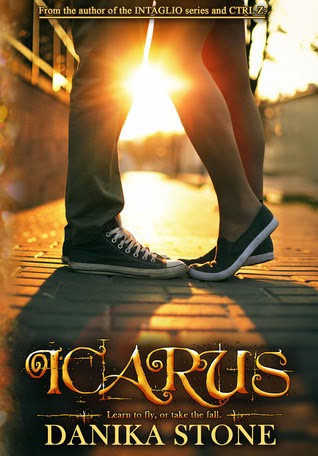 Being the ‘new kid’ at school is hard, but for Tess Novak - who’s moved more times than she can remember - it’s a role she knows by heart. Transferring during senior year means yet another place she’ll eventually leave, more classmates she’ll forget.
Fate, it seems, has other plans.From the moment Tess is introduced to honor student Drew Martinez, she is convinced she has met him before. But when? Confident and attractive, Drew is exactly the type of ‘rich kid’ Tess’s father hates, and Tess avoids. Thrown together by a class project, their tentative friendship sparks a smoldering attraction. Tess tries to keep Drew at arm’s length, but in weeks they are drawn into a scorching romance. Fearing her father’s volatile reaction, Tess insists on keeping the relationship a secret. Meanwhile, she begins to uncover the mysterious connection which hearkens back to the half-forgotten days of her dark childhood, a past which appears to be connected to Drew. As each new puzzle piece falls into place, and the threat of discovery increases, Tess must decide whether she wants to keep living a lie, or expose the horrific events which tore Drew out of her life so many years before...

This is most definitely not what I expected. Drama, family issues, and one of the most heart breaking romances and friendships I've ever read! I had an issue getting into the book but once I was in, I didn't come back out until I reached the last page.

My emotions were kept on a roller coaster throughout the entire book. My eyes hurt from all the crying when I finally put it down. I can't wrap my head around how beautiful yet terrifying this story is!

I was confused when the POV changed and I was seeing things through the eyes of a child rather than a teenager but as soon as I realized what was happening it all just fell into place and I was absolutely hooked!

This book made me laugh, made me cringe, made me sigh, made me sob! Drew . . . *sigh* . . . Tess . . . aww. There's so much I could say yet I don't want to give anything away! I am not a fan of the swearing but it was understandable for the characters and the situations. Overall I thoroughly enjoyed this book! I can't wait to read Danika's other stories!