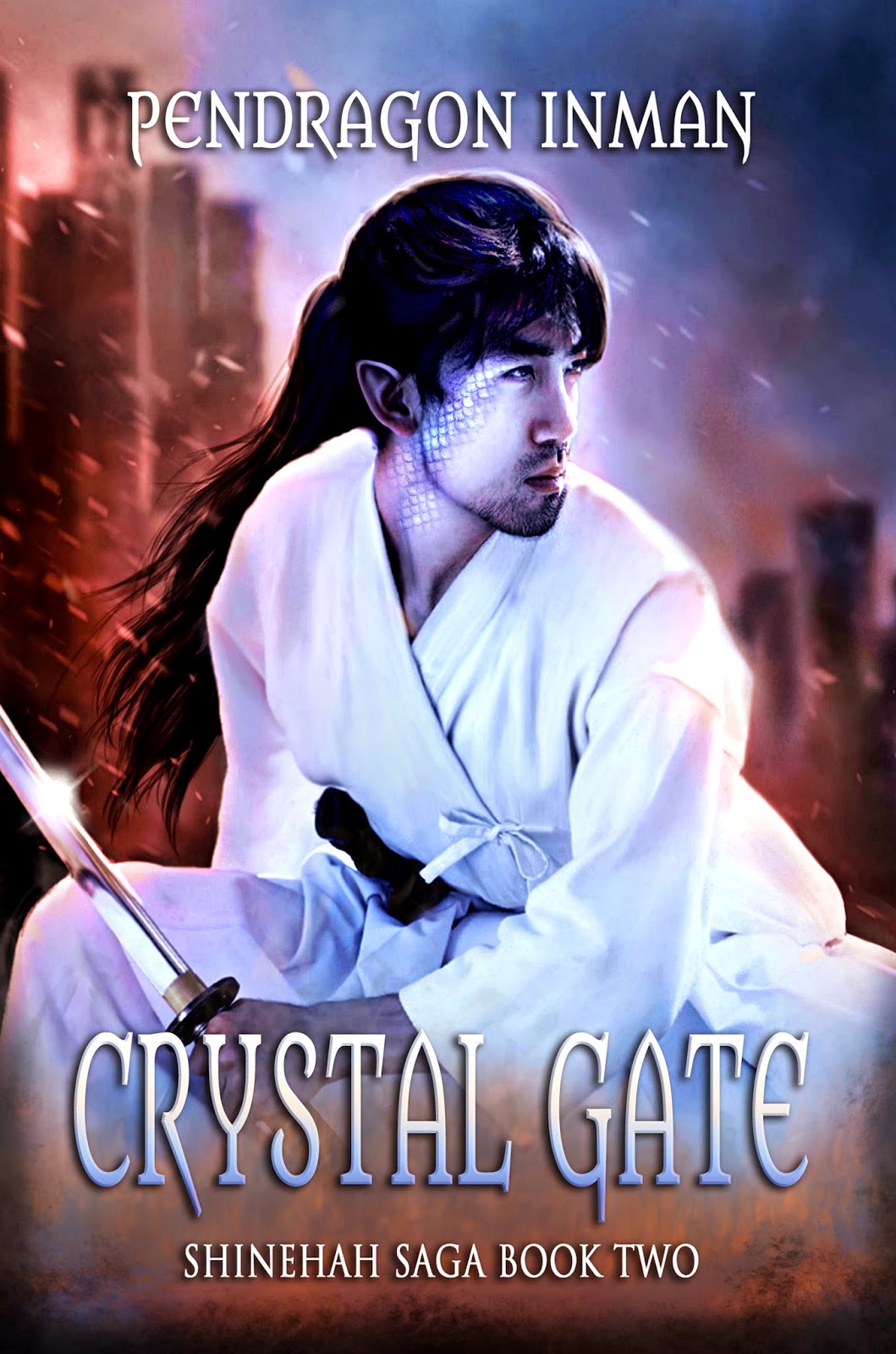 Author: Pendragon Inman
Book: Crystal Gate (Shinehah Saga Book Two)
Genre: YA Fantasy
Blurb:
The chance to defeat their enemy may cost him his soul.
When the Okoru death auctioneer arrives from the mainland and starts enforcing new laws, Wyan—a newly awakened Void elemental—taps into his powers to defend his home. When the situation turns deadly, the entire village is put in danger.
As everything familiar crumbles around him, Wyan is presented with the opportunity for revenge—a quest deep in the heart of the Okoru world that, if successful, would turn the tide of war in the Mystics' favor. If he fails, however, he will lose everything. A race against time becomes a battle of wills as Wyan must choose between a path of secrets or one of sacrifice.