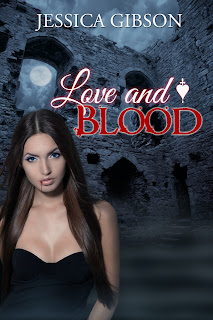 Blurb:
Bronwyn Fitzgibbons was young and reckless. It was easy for Ronan to
steal her human life and make her a vampire. She ran, but she never
forgot him--or how he made her feel.

she detested. His love restored her sanity.

Now Ronan is back to claim her. She struggles like hell against him,
but she cannot deny the overwhelming power of her maker. Will
Bronwyn surrender to the one who could possess her utterly? Or can
she find the strength to choose the one who loves her as she is? 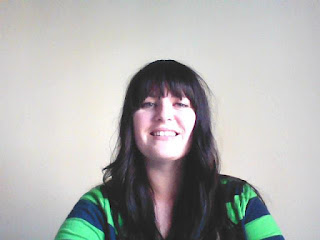 Jessica Gibson is a recovering bookaholic, she's down from four
books a week to a more reasonable one. It was that love of words
and creativity that made her dream about writing her first book. That
dream was hidden for years, always put on the back burner, filed away
in the "someday" section, until her husband Matt gave her the kick in
the pants she needed to actually get off her butt and write.
Jessica and Matt live in Southern California and have a serious
addiction to reality tv shows like Pawn Stars and American
Restoration. They have one son and hope to add to the family in the
near future.
Aside from writing, she runs an online event planning business
called the Release Day Diva. In addition to novels, Jessica writes and
maintains the blog Book on the Bright Side. Keep up with Jessica and
her latest releases and events on her blog.

She hated herself right now, loathed what she was doing to Rider and to herself.
After a while, she grew tired of hating herself; so she wandered into her room.
She lay down on her bed, wanting nothing more than to turn off the horrible
thoughts in her head.
She heard a soft tap at the window. She knew who it would be before she turned
to look. “I can’t do this tonight Ronan; I thought I made myself clear when I left
earlier.”
“You said what you wanted to say, yes? I, however, did not. I’m asking as a
courtesy to you; so either open the window or I will break it.” His tone left no
room to refuse.
Bronwyn got up slowly and opened the window, allowing him entrance into the
room. He sat down on the bed and studied her before speaking. “Would you care
to sit?” He gestured to the bed next to him.
“I’ll stand, thanks.” She shot back and leaned back against her dresser. “Say
what you have to say and leave, Ronan, I’m really not in the mood for this.”
“I’m not going to change, you know that. The idea of having a soul or a
conscience is absurd to me. We are Vampire!” he shouted. Ronan’s expression
softened, “I love you Bronwyn; you’ve intrigued me since I first saw you. I sired
you because once I spoke to you, I could not be without you.” He was next to her
in a split second and he gently caressed her cheek.
Despite her earlier resolve, she turned into him and kissed his lips. “Loving
you has never been the issue, Ronan; I never stopped. I just can’t stand the
senseless killing.”
“Did you, yourself, not kill tonight? I tasted blood on your lips,” He said..
“I did; but you and I both know it's different.”
“It’s not.”
Bronwyn looked at him, sadly. “This is where we always end up.” Tears slipped
down her cheeks, leaving behind red streaks. She tried to hold them back, but
everything within her was broken. “I can’t just turn off my humanity like a switch.
I refuse to do that, Ronan. I. Will. Not.” She sobbed into his chest, beating her
hands against him.
“I can’t let you go,” he whispered into her hair. He tipped her chin up and brushed
his lips against her. “Is this where we are then?” He whispered.
“I can’t...”
He kissed her once more and vanished into the night.