Sixteen-year old Desolation Black wants nothing more than to stay in Hell where it’s cold and lonely and totally predictable. Instead, she’s sent back to Earth where she must face the evil she despises and the good she always feared.When Desi is forced to embrace her inner demon, she assumes her choice has been made—that she has no hope of being anything other than what her father, Lucifer, has created her to be. What she doesn’t count on, is finding a reason to change—something she’s never had before—a friend. 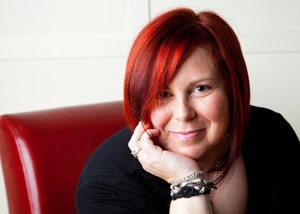 Ali Cross is the sensei of the Writer's Dojo where she holds a black belt in awesome. She lives in Utah with her kickin' husband, two sparring sons, one ninja cat, two sumo dogs and four zen turtles.