Exciting news from Andrea Pearson ~ Author of the Kilenya Series!

My name is Andrea Pearson and I'm an author of middle grade and young adult fantasy. In celebration of the completion of my Kilenya Series, I'm giving away eBooks! Read on for more details. :-)

The Key of Kilenya, first book in the Kilenya Series (with 50 five-star reviews on Amazon), is available everywhere for free (Kindle, Nook, Smashwords), but only until the 18th of January. 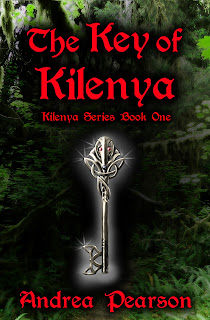 It's originally $3.99, and is geared to readers 10 and older. If it were a movie, it would be rated PG. No swearing or vulgarity, and very minimal violence.

We all have a choice—but we can’t choose the consequences.

Jacob Clark is chased down a path that takes him to another world—a world where he is a wanted young man. The Lorkon want to control him and the special powers he possesses. The people of the new world want him to save them from the destruction of the Lorkon. All Jacob wants is to go home, but even that choice has consequences. He doesn’t know what to do and if he waits too long, the new world and the one he came from will be destroyed. As Jacob looks for people he can trust, he finds himself in the center of the fight for freedom—both for himself and the people he’s come to know.

Jacob has no idea where the path he chooses will take him, but once the choice has been made—bring on the consequences.

Back to Andrea. :-) I had so much fun writing this book! I came up with the idea for the magical key when I was 10 - the same age as many of my readers - and built on it until I was 22, when I sat down and actually wrote the book. The Kilenya Series has sold really well and I've been so excited to find people just as passionate about the books as I am. :-)

The second book, The Ember Gods, is available for $0.99 until January 18, but you don't have to buy it if you don't want to, because I'm giving it away for free. In fact, I'm giving away three different eBooks. The only thing required on your part is to decide which one you want, mention it on this blog post, then email me the info, and I'll send you the file. :-)

Here are the books to choose from: 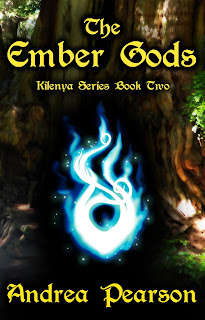 Original and discounted price: $3.99 to $0.99
(or free, if you choose this eBook :-))
Discounted Until January 18th
Genre and target audience: Fantasy for teens
If this book were a movie, what would it be rated? PG
If you don't want it for free (ha ha :-)), you can download it from: Kindle, Nook

Jacob Clark’s new abilities are a blessing and a curse. He’s a hero for returning the magical Key of Kilenya to its rightful owners, but at school he's starting to get noticed for something other than his basketball skills. And the attention is freaking him out.

Balancing both worlds is tricky enough, but Jacob has tasked himself with saving Aloren who’s trapped in Maivoryl City by the Ember Gods. He doesn't want to wait for the potion that will protect his team from the corrosive influence of the Lorkon, but the desire to prove himself to the high school basketball coach conflicts with his plans to rescue her.

Feeling pulled by both sides, Jacob must walk a tightrope of warring worlds with lives on the line. Lives that will be lost if he doesn’t figure out how to complete his quest and balance his abilities. Fast. 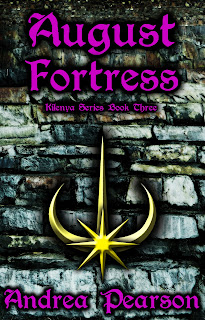 Price: $3.99 (or free, if you choose this eBook :-))
Genre and target audience: Fantasy for teens
If this book were a movie, what would it be rated? PG
If you don't want it for free, you can download it from: Kindle, Nook, Smashwords

Since Jacob Clark discovered his abilities, his life has changed for the better—and the worse.

The basketball coach won't notice him and high school is much more complicated than before. Jacob finds himself needed more and more in Eklaron where his abilities are saving lives. And then the call comes—he and his friends must rescue the powerful Sheingols from August Fortress where they've been held for fifteen years. The only problem is, Lorkon traps are everywhere and getting past them might be impossible.

The closer he gets to his goal, the harder the traps are to overcome. Can he master more of his powers to fight the traps? Or has Jacob finally met his match? 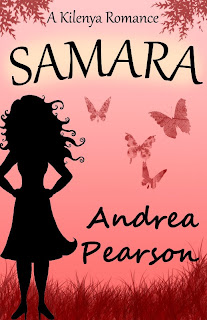 Original price:$1.99 (or free, if you choose this eBook :-))
Genre and target audience: Clean teen romance
If this book were a movie, what would it be rated? G (or a very, very soft PG)
If you don't want it for free, you can download it from: Kindle, Nook, Smashwords

When Samara Oldroyd meets the most amazing guy ever, she's frustrated their conversation is cut short. Her wishes that they'll run into each other again come true when she meets her sister's new boyfriend. It's him! Eeek!
Inspired by the film Dan in Real Life, this novella will tickle you pink as Samara tries—in vain—to undo her crush.

(There is no magic involved in this story. It contains characters you'll meet in the Kilenya Series and can be read separately.)


Now that you've chosen which free eBook you want, here's how you get it:
And that's all!

I can't wait for you to delve into the world of Kilenya and discover the magic, monsters, and people there! 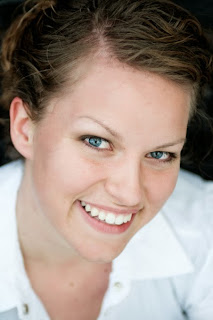 Andrea Pearson, author of the Kilenya Series, Kilenya Romances, and Katon University series, lives with her husband and daughter in a small valley framed with hills. She is Executive Director of the Indie Author Hub group and creator of the writing application, Writer’s Progress Bar. She is an editor for the website Gather.com.

Andrea spends as much time with her husband and daughter as possible. Favorite activities include painting, watching movies, collecting and listening to music, and discussing books and authors.

Her mother says they can't possibly be related because Andrea isn't in love with chocolate and tomatoes, though she’ll eat either. (But not together.) She would much rather snack on toasted English muffins with lots of butter or nearly anything with cheese.
Posted by Konstanz Silverbow at 10:09 AM