The Newstead Project by Melanie Schulz 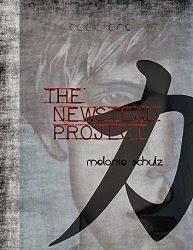 Book Blurb:
Joel Cranston thinks he’s the luckiest guy ever. He's just been recruited to Newstead, a blue-chip private school, while he's still a junior. Deep down he knows there has to be a catch. And there is. Newstead didn’t pick him because he’s lucky. They picked him because they know something he doesn't: that he's either exactly what they need to complete their plans of world domination, or he's the biggest threat they've ever known. Either way, they want him. 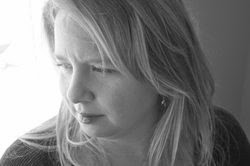 I live in Upstate New York with my husband and three children, where I've pretty much been planted my entire life. Which is fine, because it's beautiful here. My only complaint is that most people assume New York means NYC, which it doesn't. There. I've done my part in exposing the truth. Truth. The truth is I'm not a writer, storyteller maybe, but not a writer. It wasn't something I went to school for. I'm a nurse. I love being a nurse. So why write? I don't know. I do know when it started, though: September 3, 2010. I know this because I nature journal and on that day Joel made it into my notes. I guess it's fitting. Someone like him needed to be birthed in the woods. If you were to meet me, and I hope someday you do, you would not connect me with this story. I'm a wife, a mother, a nurse. The person who wrote this should've been a guy, first off; secondly he should have been some militaristic strategist; that's who you'd expect to see if you were to come to a book signing, not me. But I'm there, in every line. So, if I don't have the pleasure of meeting you in person, I'll see you in Newstead.