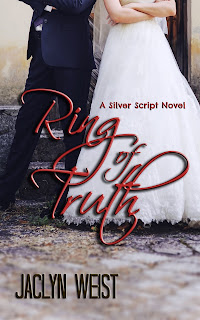 Erin doesn’t have time for a relationship. After six years of late nights and mind-numbing assignments at her job as a marketing executive, she’s finally landed the coveted Smithson Jeweler’s account—which means her love life will have to wait a little longer.

When the actress at the first commercial shoot upsets the director, Erin finds herself cast as the leading lady alongside Jake, a handsome up-and-coming actor who rescued her cat from the streets and stole her heart.

Flustered, she walks away from the shoot wearing the diamond ring, and her mom mistakes it for an engagement between Erin and Jake. Both are desperate enough to get their parents off their backs that they just run with the lie.

Now Jake and Erin have to figure out how to admit their story is false without hurting their parents or destroying the friendship they’ve gained with each other. 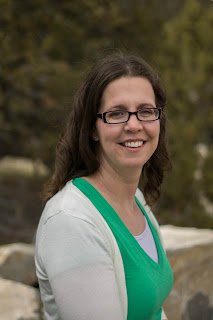 Jaclyn is an Idaho farm girl who grew up loving to read. She developed a love for writing as a senior in high school, when her dad jokingly said she was the next Dr. Seuss (not even close, but very sweet). She met her husband, Steve, at BYU, and they have six happy, crazy children who encourage her to keep writing. After owning a bookstore and running away to have adventures in Australia, they settled back down in their home in Utah. Jaclyn now spends her days herding her kids to various activities and trying to remember what she was supposed to do next. She has published six books in a year, and her mind is still reeling from the awesomeness. Her books include The Princess and the Prom Queen; Magicians of the Deep; the Luck series--Stolen Luck, Twist of Luck, Best of Luck, and Just My Luck, a novella.

“It’s so good to see you.” Her mom’s eyes flitted between Erin and Jake. “And who is this?”

Jake stepped forward and held out his hand. “I’m Jake. Nice to meet you.”

“I’m Suzanne. This is her dad, Bill. Erin has said ... nothing about you. How long have you two been dating?” her mom beamed.

“We’re not—” Erin blurted out just as Jake said, “A few months.”

Erin could feel her face redden. “Yes, what he said. We’ve been together for a ... while. I just hadn’t told you yet.”

“Did you hear that, Bill? Our daughter’s been sneaking around with a guy.” Mom pretended to be upset, but she was practically dancing.

“It’s great to meet you.” Her dad held his hand out to Jake again and pulled him into a hug.

Jake looked at Erin over her dad’s shoulder, and Erin cringed at his stunned expression. What had just happened?

Erin held out her hand as she felt her face redden. She should stop this. She should tell them right now what happened. But she couldn’t speak as her mom oohed and ahhed over the diamond and had to show her dad.