Eye on Orion by Laura Bastian 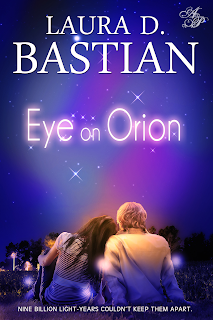 
Falling in love with your gorgeous new neighbor isn't a bad thing, but when he turns out to be the bodyguard of a princess from a planet nine billion light-years away, life gets complicated.

Seventeen-year-old stargazer Holly Adams never imagined she’d find herself trying to prevent the overthrow of an alien government. When Jai and his sister Amira move into the house down the street, Holly is immediately drawn to them. Jai acts suspicious of her from the start, making Holly more curious about their oddities. When Holly learns they are from a different planet, she does what she can to help protect Amira from Shander, a man who wants to marry her by force in order to take over the kingdom her father rules.

Mistaken identity, a botched kidnapping, and a first kiss that bonds Holly and Jai for life are hard enough, but when Shander believes Holly to be the princess, things get even more dangerous.