U is for (The) Unwilling by C. David Belt 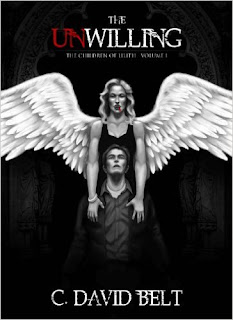 In all the 6,000 years that the Children of Lilith have walked among us, there has never been an unwilling vampire . . . until now.

Carl Morgan has lost everything. His wife and children were killed in a senseless accident. Then he witnesses the murder of his sister at the hands of a beautiful and mysterious woman named Rebecca. When the police cannot locate the killer, Carl takes matters into his own hands. But his search for justice costs him everything he holds dear.

Carl is unknowingly transformed into the world's first and only unwilling vampire. He is cut off from the light, damned to an eternity of darkness, barred from heaven and any hope of a reunion with his family.

Moira MacDonald, a repentant vampire, has roamed the earth alone for centuries seeking redemption. The very existence of an unwilling vampire, something she thought impossible, changes everything. Has she finally found a path to redemption . . . and an end to her loneliness?

Carl and Moira discover that Rebecca's vampire Master, Michael, plans to unleash a plague of vampires on the city. Can Carl and Moira stop the slaughter of countless innocents? 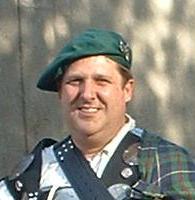 C. David Belt was born in Evanston, WY. As a child, he lived and traveled extensively around the Far East. He served as an LDS missionary in South Korea and southern California (Korean-speaking). He graduated from Brigham Young University with a Bachelor of Science in Computer Science and a minor in Aerospace Studies. He served as a B-52 pilot in the US Air Force and as an Air Weapons Controller in the Washington Air National Guard. When he is not writing, he sings in the Mormon Tabernacle Choir and works as a software engineer. He collects swords (mostly Scottish), axes, spears, and other medieval weapons and armor. He and his wife have six children and live in Utah with an eclectus parrot named Mork (who likes to jump on the keyboard when David is writing).

Email ThisBlogThis!Share to TwitterShare to FacebookShare to Pinterest
Labels: A to Z April Blogging Challenge, C David Belt, The Unwilling