V is for Veil by L.A. Miller 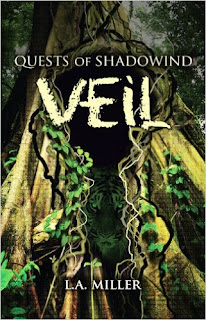 Unmask a Killer
A terrifying monster lurks somewhere in the alien forest of Shadowind. Huge, invisible, and hungry for blood, it stalks Mindy and Logan Oakes and their friends. It s already taken two of them for its feast, and many more could die to satisfy its thirst.

Scared and desperate, Logan and Mindy must head out on a quest as deadly as the creature itself. Their struggle to defeat the predatory beast plunges them deep inside the cybernetic matrix of Shadowind. In that strange, digital domain they face grave and perilous encounters as they seek to unlock the mystery of the camouflaged killer. Clues from a secretive friend and a shaman s peculiar relics provide keys to destroying the bloodthirsty fiend...and it s on the hunt yet again. 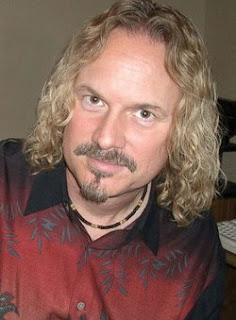 L.A. Miller has been writing for more than forty years. His backgrounds in science fiction, astronomy, technology, and classic literature inform his work, which has included novels, short stories and music. He is the owner of Wood n Nails Music and lives in Las Cruces, New Mexico, with his wife and two dogs. He is the author of the Quests of Shadowind series, which includes "Sky Shifter," "The Grounding Stone," and "Veil."
* Website * Goodreads * Amazon *