Once Upon An Assassin (Finding Gold, Book Three) COVER REVEAL!!!! 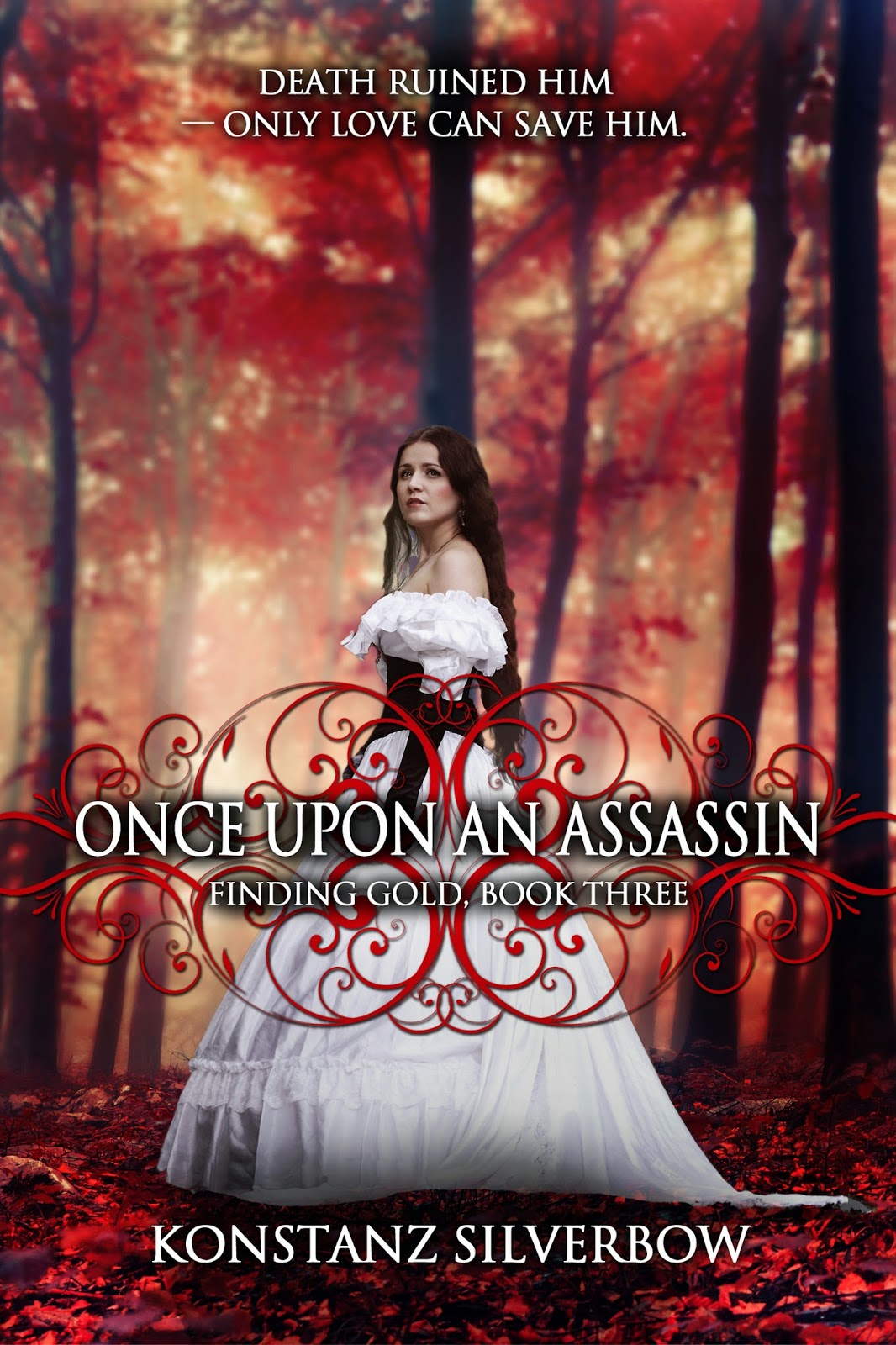 Death ruined him—only love can save him.

At nine years of age, Derrick watched as his father was murdered for defying the sinister Cordae and his ring of thugs. With no family remaining and unable to defend himself, Derrick is taken from his home by his father’s murderer and turned into a weapon, an assassin, the most feared warrior in all of Avonathia.

Now as Cordae’s right-hand man, he is entrusted with the task of helping to overthrow the kingdom. Derrick is sent to spend time with Princess Lily, gain her trust, and then kill her, but the longer he’s with her, the more his heart begins to heal and he realizes this isn’t who he truly is. He’s falling for the princess he was sent to kill.

Derick must find a way to prove he’s more than the killer he has become, but this means it’s possible he will lose everything that matters to him in order to protect those he loves.

Add Once Upon An Assassin to your Goodreads TBR List HERE!

Posted by Konstanz Silverbow at 10:00 AM